The testing kits that were sent to the U.S. and 30 other countries by China aren’t working properly reported Centre for Disease Control U.S. 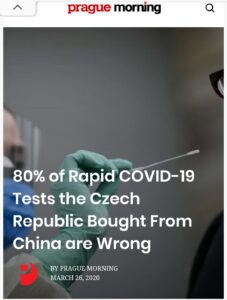 Up to 80 percent of the 300,000 rapid coronavirus test kits ordered that the Czech Republic ordered from China are not working properly, according to regional hygienists who have tried the tests.

The test kits, worth 54 million korunas (€1.83 million), show false positive as well as negative results. This is because rapid tests cannot reliably detect infection in its initial phase.
The information came from hygienists from University Hospital Ostrava in the east of the country. Health officials thus labeled the rapid coronavirus tests as unreliable as they allegedly failed in 80 percent of cases. As an example, health experts described a case of a man who tested positive for coronavirus, but the following test showed that he was not infected.

The error rate is quite high, stated Pavla Svrčinová, a hygienist from the Ostrava region. 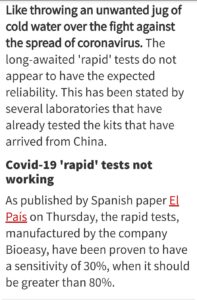 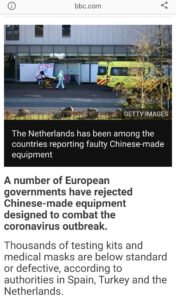