World has made China the global manufacturing hub. Most of the global corporations have their manufacturing units in China. In the past China attracted the global investments by showcasing their easy availability of the factors of production viz. land, labour,trade services. But today the real negative face of communist China has outgrown the positive sides it shown to the world. Its power centric idealogy not only overpowering the democratic setup of global society but also wants to create an envioronment of manufacturing monopoly and this is not good for the global future. India compared to China stands taller in democratic setup, easy availablity of land, labour, capital, trade services. 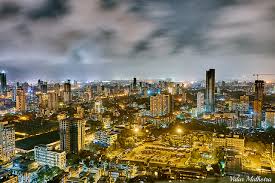 Though world may have not approached India in the past for manufacturing setup, but now its not only the necessecity but in actual terms India seems much better in not only manufacturing but also in presence of vast market that can service entire Asia and other continents with ease.The global open economic envioronment, enhanced trade services, developed IT infrastructure, quality and cheap labour etc, all goes in the plus positive points in favour of India.